If you missed the introduction to this two-part series, you can get it here. No need for jabbering, let's get right into the movies!

Warning: There will be some spoilers in the movie descriptions! 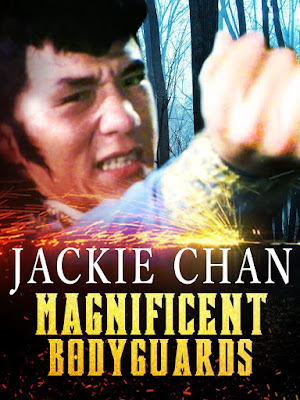 This quirky movie is a very early Jackie Chan film in a typical wuxia setting, as opposed to the more comedic kung fu flicks that he later became famous for. It even has Star Wars music in the soundtrack, believe it or not. I wouldn't really recommend this movie to watch for fun unless you're a huge wuxia fanatic and want to add it to your list of completed films. That said, it has a very simple bodyguard plot (take a person from point A to point B) that would make for a great one-shot, including a twist ending that wouldn't be hard to replicate in a game setting. The obstacles and enemies faced on the way could be lifted directly from the movie.

Advice: The twist ending and climactic fight in the movie do not feel particularly satisfying (at least to me), as they don't resolve the plot well or provide a good "end" for the main character(s). Think of a way to have a more rewarding conclusion for your players. 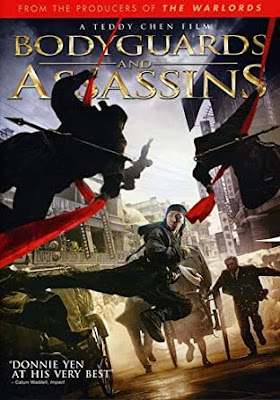 This movie takes place about as late in history as Righteous Blood, Ruthless Blades is designed to operate: in 1905 Hong Kong during the final days of the crumbling Qing Dynasty. It revolves around a group of revolutionaries tasked with protecting Sun Yat-Sen from assassination. The bodyguard team and their associates feature numerous unique characters with special traits and abilities. In this regard, modeling a one-shot after this movie would be great if you are inclined to use pre-gen characters, as you could emulate the various team members.

In terms of the adventure structure, you could copy the movie almost directly, giving the characters the exact same mission, and throwing the same obstacles in their way. Of course, there are various twists and turns that might not be possible to replicate, but you can stick to the basic plot beats. If your players have seen the movie, you might want to mix things up a bit for variety's sake.

In the movie, a lot of the characters die for the mission; how much you emulate that aspect will be up to your playstyle and the preferences of your group.

Advice: If you plan to copy the plot exactly, take some time to study the historical realities behind the movie, including details about Sun Yat-Sen, the Chinese United League, Empress Dowager Cixi, etc. Alternatively, have the same adventure structure, but place it in a different time period. Also, considering that firearms could be present in the setting, you might want to homebrew some rules for them. 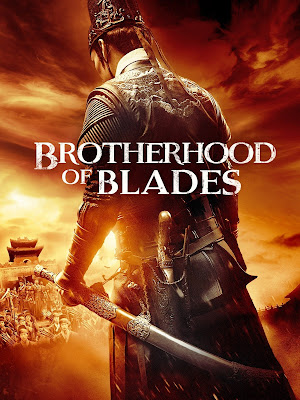 Set in 1627, the movie tells the story of three "Imperial Assassins" who fall into a web of intrigue. Please note that "assassin" is a very bad translation, as the characters are actually members of the Embroidered Uniform Guard, a real-life imperial secret police in the Ming Dynasty. All three characters have differing motivations, and while they keep secrets from each other, they are loyal to each other down to the end.

This setup for this movie would be perfect for a small group of experienced roleplayers who don't mind keeping secrets from each other. Without getting into spoilers, I'll say that the actions of some of the characters in the movie prove detrimental to their friends in different ways. The characters all have their own secrets, and that is what drives much of the plot. The intrigue and plot twists of this movie could make for a great drama at the game table, as long as you have mature players who can handle some good PVP if it develops.

The backstories of the characters are crucial to the plot, so pre-gen characters would be ideal. That said, if your players have seen the movie already, or are good at creating complex characters, you could always work with them to create custom characters.

Advice: If you use custom characters, make sure their secrets and back stories relate to the plot. Also, do some research into the Embroidered Uniform Guard, as well as the notorious historical eunuch Wei Zhongxian, who is one of the main antagonists in the movie. He and the Eastern Depot are historical realities that contain boundless opportunities for wuxia roleplaying. 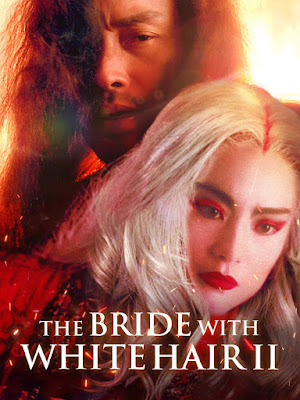 There's one thing I need to get out of the way first: I hate this movie. If you're a fan of the first film, and haven't seen this sequel, don't expect the two to be alike at all. That said, it's a great foundation to use for a "dungeon crawl" or "heist" wuxia. I don't recommend trying to emulate the plot exactly, other than perhaps the opening hook. However, the aspects of the movie that relate to their mission of sneaking into a fortified location can be easily ported over to a wuxia "dungeon crawl" or similarly themed game.

Pre-gen characters would work great, as you could create characters with specific skills and abilities needed to get past the traps and obstacles they will encounter on the way to the target destination. Adding in a few backstory elements tying characters to the enemies they'll meet could also add a nice flair.

Advice: If your players don't mind their characters dying (for instance, if you run this as a one-shot with pre-gen characters that they don't really care about), then make sure all the challenges they face are dialed up to 10 in terms of lethality. Just warn them that a TPK is highly possible! 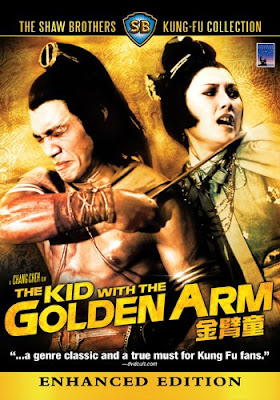 This is a cult favorite for many who are fans of Shaw Brothers wuxia films. While I don't particularly like the costumes, just about everything else about it is genius. It starts out as a fairly straightforward escort job, with a journey fraught with traps, ambushes, etc. Throw in a powerful group of antagonists, some unexpected twists, and great characters that could make either PCs or NPCs, and you have a goldmine of material to draw on for a one-shot. It's sort of like Magnificent Bodyguards (see above), except infinitely better in terms of being a good movie.

Because this is an "escort iterm from point A to point B", you can generally follow a linear plot, as the players will most likely have no choice but to proceed along the road toward the destination.

Advice: One of the characters in the movie is a drunken constable who would make a great NPC "guide" if you have less-experienced players, or if you want to have a bit more control as the GM.

I hope these ten movies can provide you with some good inspiration to creat your own wuxia one-shots, adventures, and campaigns. And while they're specifically selected with Righteous Blood, Ruthless Blades in mind, they could work with virtually any system, even non-wuxia games.