Whether you're a wuxia junkie or just passingly familiar with the genre, it can be a challenge to find wuxia movies that truly work well as RPG adventures. Truth be told, most wuxia movies are just not easily adapted to the game table. For instance, while Crouching Tiger, Hidden Dragon (2000) is widely regarded as a masterpiece, its heavy use of dramatic character interactions and extremely specific plot developments make a bad choice to convert into an adventure. Bride With White Hair (1993) is another classic, but the importance of dramatic misunderstandings and unexpected plot twists make it virtually impossible to port into game format. And Dragon/Wu Xia (2011), despite being one of my favorite films, is so specifically tied to the two lead characters, the mystery that surrounds them, and the shifting viewpoint, that turning it into an RPG session is basically impossible.

However, I've identified ten movies that can easily be converted into one-shot adventures for Righteous Blood, Ruthless Blades, the first five of which I'll talk about here, with the other five being covered in an upcoming blog. With a bit of work, these movies can also be turned into multi-session adventures or campaigns. Or they could be inserted into existing games for a change of pace or to start the players down a new path. Regardless, by spending a couple hours with any of these movies, you can come up with plenty of adventure hooks, NPC ideas, twists and turns, and plot concepts.

In most of these examples, there are only one or two protagonists, while in an RPG, you'll likely have multiple players. But with a bit of tweaking, they can easily be adapted for groups.

Warning: There will be spoilers in the movie descriptions! 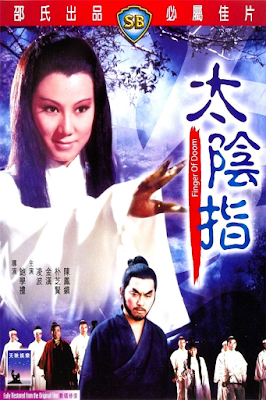 This creepy wuxia flick revolves around a group of martial brothers unraveling the mystery of the disappearance of powerful martial artists in the Jianghu. The titular technique Finger of Doom turns people into zombies, and the movie features scheming antagonists and a rivalry between two powerful women who can use the Finger of Doom. The GM could easily have the players take the role of the investigators. Having pre-generated characters for the players would be an easy way to inherently connect them to the plot, for instance, by having one of the initial victims be part of their group, similar to the movie. That said, allowing the players to use their own characters would work just as well.

In the movie, the investigators get picked off one by one and turned into zombies, which is probably not the best aspect to emulate for most game groups. However, most of the main plot beats and the antagonists could be lifted straight from the movie and put into a one-shot. Furthermore, by throwing events at the players regardless of their progress in unraveling the mystery, similar to the way events play out in the movie, you could make your session very fast-paced and thrilling.

Advice: The Finger of Doom technique is key to the plot, so GMs will need to homebrew a Signature Ability to replicate it. 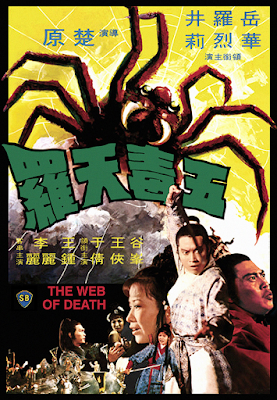 This classic movie revolves around a common wuxia trope that perfectly fits the Jianghu we created for RBRB. Competing interest groups are trying to acquire a powerful item, while at the same time, an important martial arts contest looms on the horizon. In the movie, the powerful device is a magical spider, the powers of which are similar to one of the Top Ten Weapons in Righteous Blood, Ruthless Blades, namely, the Mother of Lightning. Essentially, it's a device that can massacre large numbers of opponents. In the movie, a villainous member of the Five Poisons Clan wants to use the device to slaughter the righteous sects, who are planning the martial arts contest to decide who will lead the martial world. In replicating this adventure, the GM could have the players be members of any of the various factions. Plan events to start out similarly to the plot of the movie, but be prepared for the players to take the story in a different direction.

Advice: Let the players' actions determine how events ultimately play out. Some movie elements, such as the romantic subplot, would be difficult to pull off and should probably be avoided. That said, the romantic element could be an amazing twist if you have players that are inclined to form romantic relationships with NPCs. 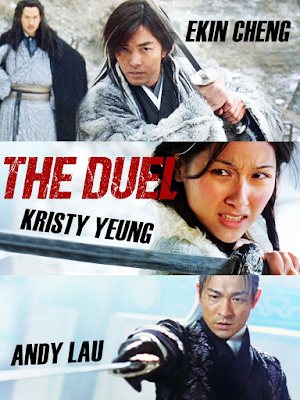 This China Summer Blockbuster (well, it was really a Chinese New Year Blockbuster, but same idea), is based on a classic Gu Long novel featuring the wuxia detective Lu Xiaofeng. As the "duel of the century" approaches, Lu Xiaofeng investigates mysterious goings-on in the capital city and its surroundings. Of course, there's a shocking conspiracy to be rooted out. At the same time, a frenzy develops regarding the upcoming duel, and bets are being placed left and right, with all the shenanigans you might imagine. Running a one-shot based on this movie would be on the challenging side, as the GM would have to take a lot of care in planning out the clues, key events, plot twists, etc.

Advice: Draw primarily on the general plot idea and key events/clues/schemes, with less focus on trying to replicate the protagonist's actions in the movie. 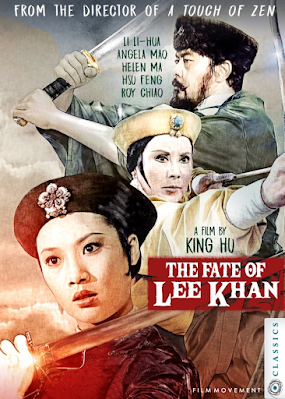 This King Hu classic is the perfect material for an assassination adventure. The assassins arrive separately at a remote inn in advance of their quarry, giving them time to make plans and meet up with allies. Tensions mount as enemy agents also arrive in advance, and plot twists occur, leaving the audience wondering if the plot will be pulled off successfully. For the most part, the antagonists and main plot beats could be lifted directly from the movie and used in an adventure. Having pre-generated characters for your player would be ideal, as you could create a team of assassins with varying skills and abilities that are intended to be used in different aspects of the job. However, player-generated characters could work just as well.

The Dragon Gate Inn series of movies (the first of which was also directed by King Hu) is similar to The Fate of Lee Khan, except that they involve the protagonists holing up in the remote inn while facing external threats, as they prepare to flee the country. To one extent or another, all of the various versions could be ported into one-shots.

Advice: Make sure to stick with the "remote inn" aspect. I once planned a complex adventure based on The Fate of Lee Khan, but made the mistake of setting the inn right in the middle of a big city. The players immediately derailed all of my plans, and the adventure turned out nothing like the movie (it was still a blast, just not what I had initially planned). Having the players isolated in the remote wilderness or frontier will make the scenario easier to manage. It will also be easier to replicate the mounting tensions as mysterious individuals arrive at the inn, and plots are hatched. 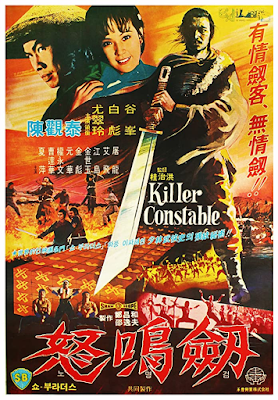 This gritty and violent film follows one of China's top constables as he tracks down thieves who robbed the imperial treasury. As you might expect, there's a big twist in the end. The most relevant aspect of the movie is the ruthless personality of the protagonist, which makes this a great candidate for pre-generated characters. If the players are willing, they could even form a team of merciless constables who follow the general philosophy of the movie's main character, which is basically "kill all lawbreakers". Regardless of how you handle the characters, the main plot hook and the various twists and turns can be easily duplicated in a one-shot session. For the most part, the plot follows the structure of: 1) Travel to next location 2) Uncover clue. 3) Fight. 4) Back to 1. Because of the fairly linear nature of the plot, the GM will need to exercise caution to avoid railroading the players.

Advice: Make sure the players have plenty of opportunities for bloodshed in the form of weak NPCs who can easily be defeated in waves. That said, make sure to emulate the desperate nature of many of the combat scenes. And if possible, have a major "darkest moment" replicating how the main character ends up in a no-win situation and is severely wounded.

In the next installment, I'll get into my "top 5 wuxia movies that can be converted into one-shots," including a few that were released in recent years. Check it out here!